The Power of a Testimony

Jesus Christ found me on December 16, 2010, in a cold, dimly lit jail cell in Tacoma, WA. If it were not for the testimonies of others, I have no idea where I’d be today.

I was facing what seemed to be an astronomical amount of time for shooting out a window, nearly causing physical harm to the homeowners. Looking back, I realize I was inches away from what could have been a life sentence. Sitting behind bars was just an outward reality of what was happening within. I felt hopeless, empty, and tired of life.

I was sentenced to six years in prison. I was guilty of the crime, and I knew from this point forward I had to do life differently. Prison is not a place I imagined I would ever go. It can be a dark place. For me though, it became a place of progressive transformation, a place of freedom.

In 2012, after adjusting to the daily grind of prison life, I found myself longing for a deeper relationship with God. Jesus had been slowly working in my life by nudging me to read the Bible. God used a book entitled “Winning Against All Odds” by Dr. Don Shorter to help me find hope in the Gospel of Jesus Christ. My relationship lacked depth, however. I was making compromises and backsliding as prison is a tough place to be a Christian. I had pleaded with God to let me go home. I had done Bible correspondence courses and prayed often, but I would not be going home anytime soon. I knew He wanted me to live differently, but I couldn’t foster the courage to boldly live out the Gospel. I was hiding like the Apostle Peter at Jesus’ arrest.

What Were the Odds?

God would not relent. One day, I received a radio and headphones that an old Marine Corps friend had sent me. When I returned to my cell and plugged it in, what was playing brought me to my knees and tears to my eyes. It was the song “Dive” by Christian artist Steven Curtis Chapman…what were the odds? When I was a child, my pastors gave me that CD for Christmas. I scowled when I received it and tucked it away for months before finally, in boredom, deciding to play it. It turns out that “Dive” was the only song I enjoyed. Listening to those lyrics that day in prison, I submitted to God.

My heart is racing

And my knees are weak as I walk to the edge

I know there is no turning back

Once my feet have left the ledge

I dove in that day and I faced the ridicule I expected because, as Romans 1:16 states, “I am not ashamed of the gospel, because it is the power of God that brings salvation to everyone who believes.”

In this bold, newfound strength of God, doors began to open and my character began to change. One of those doors was for me to become a chaplain’s assistant and earn an associate degree. In this new season of my life, I was looking for an answer to a burning question in my heart. I found it in a testimony I read in the August 2012 edition of The War Cry. A newly commissioned pastor named Kenneth Jones gave his testimony of coming to Jesus. He had been in and out of prison and addicted to drugs, but God got a hold of him and turned him into a pastor. I knew right then and there that this was what God was calling me to be! I dropped to my knees and felt a heavy presence of the Holy Spirit come over me and I rejoiced in thankfulness for this vision and calling. but pride got a hold of me.

My struggles were not over. After slow compromise, I found myself empty, worn out and tired of trying to live up to God’s standard. I was sick of being tested and ridiculed by fellow inmates. Pride got a hold of me and this led me to solitary confinement for fighting. Yet again, God used the power of a testimony in a magazine article to set me back on course.  The article, entitled “Sometimes it’s the Little Things, ” appeared in The Salvation Army’s Officer magazine. How it got there I’ll never truly know. God continued to get my attention and refine me all the way through my prison sentence and into my release.

When I got out, I knew I needed to get connected with a Salvation Army church. It was there that Majors Don and Martha Sheppard helped me to get back on track by providing me a place of worship, discipleship, employment and a place to stay. I became a Senior Soldier, enrolled in school, met my future wife and committed to daily submitting to God  daily and serving others.

Even in this thriving new life outside of prison, I felt uncertain about the future. My wife had taken a job with The Salvation Army in another city and we started going to church there. One day God spoke to me again and had me find a folder I kept from prison containing both The War Cry and the Officer. Upon opening the Officer, I realized that the article that spoke to me while I was in solitary confinement was by my new pastor and friend Captain Anthony Barnes. I knew right then that God was confirming I was where I was supposed to be.

Today I praise God for the powerful testimonies that have impacted my life. I am thankful for God’s grace and mercy and that God is continuing to turn my mess into a message for His glory.

Lieutenant Johnathan Herzog completed training and was commissioned as a Salvation Army officer in the Western Territory in June 2021.

ALL ARTICLES
Previous Article
Fight for Good Podcast: 82. The Pursuit of Happiness
Next Article
Adventures in Grandparent Parenting 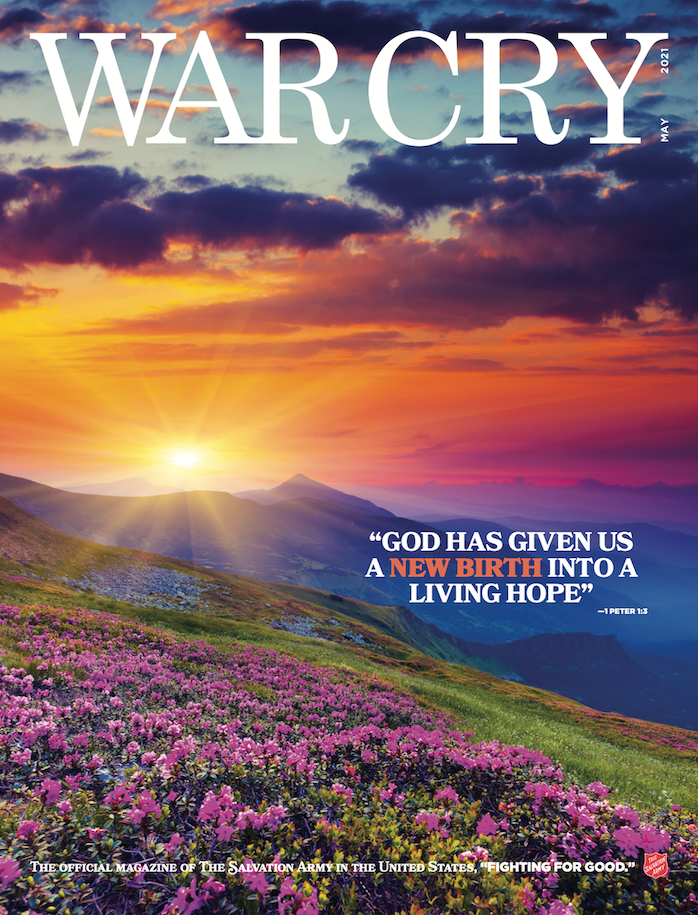