"Knowing the need to be greater than in decades, The Salvation Army set out to Rescue Christmas for the most vulnerable in America." by David Jolley
Share
PRINT

The Salvation Army helped millions of Americans overcome the challenges of 2020. Rental and mortgage assistance, prepared meals and food boxes, emotional and spiritual care and more were provided at unprecedented levels by local Salvation Army teams across the country. Knowing the need to be greater than in decades, and that the holidays would be particularly challenging for millions, The Salvation Army set out to Rescue Christmas for the most vulnerable in America.

The campaign began on September 14, giving the country an early start on rescuing their neighbors in need.

Totals are still being calculated, but early reports indicate an increase in giving compared to 2019, based on those who chose to give online. This increase is critical due to the increased services the Army has been providing in response to the COVID-19 pandemic on thousands of local fronts. Donations support the local efforts where the funds originated.

Many corporate partners also contributed to the success of the Rescue Christmas campaign. Walmart came alongside to launch The Salvation Army’s Angel Tree program online this year, in addition to Red Kettles at storefronts across the country, and round-up donation options at registers and online at Walmart.com. Other partners included Sony Music Nashville and Sinclair Broadcast Group—who helped produce the Rock the Red Kettle special that streamed on Sinclair’s streaming platform—STIRR, AT&T, Kroger, Mattel, Lowe’s and many, many more.

All these efforts helped The Salvation Army secure media interviews on every major news network in the country, spreading the call to Rescue Christmas to more Americans than ever before. We have yet to see what 2021 will bring, but with high unemployment and housing challenges still so common, The Salvation Army will continue to support the needs of millions thanks to the generous support of donors, corporations, volunteers, influencers and everyday people willing to help their neighbors in need.

ALL ARTICLES
Previous Article
Currents: February 2021
Next Article
Trusting in the Promise 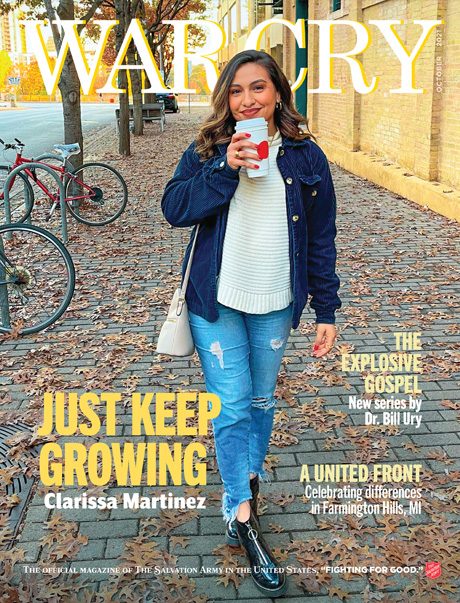