The Army's ministry spans 131 countries worldwide. Here's a look at how the Army is doing the most good around the globe.
Share
PRINT

Community leaders Andrew McGee and Bobette Lowe are persistent donors and volunteers during these difficult times in Alexandria, LA. A majority of the homeless community who gather near the levee where Lowe and McGee distribute food and goods are residents of the Army, so the two decided to donate ten bikes to the corps to aid residents in traveling to and from job interviews. The bikes will provide flexibility to residents so that they do not have to rely on a public transportation or risk being late due to having to walk to interviews. Residents will be able to rent bikes daily so that everyone at the shelter has an opportunity to utilize the gift.

The Walmart Foundation donated $500,000 to the Army’s relief efforts for communities impacted by Hurricane Laura. The Salvation Army’s Emergency Disaster Services teams served over 166,000 meals and drinks in the weeks following landfall. The gift will help the Army in its longterm plans to serve those most affected.

The Walmart Foundation donated $500,000 to the Army’s relief efforts for communities impacted by Hurricane Laura. The Salvation Army’s Emergency Disaster Services teams served over 166,000 meals and drinks in the weeks following landfall. The gift will help the Army in its longterm plans to serve those most affected.

Twenty-nine-year-old Hoboken, NJ, resident Tom Furman has ridden his motorcycle in some daring places, including a 400-mile loop in northern Thailand and the Himalayas in northeastern India. “This summer I wanted to do something equivalent, if not grander,” Furman said. He decided to accept the difficult challenge of riding his motorcycle across the 48 continental states in just 10 days to raise money for the Army’s COVID-19 relief efforts. Furman was on the bike about 15 hours and covered 800 miles a day. In all, he traveled 8,107 miles and raised $6,750 for The Salvation Army.

When the state of Illinois mandated that face masks be worn in public due to the pandemic, seven-year-old Olivia started selling washable masks and, for each mask sold, donated one for someone in need. Local Salvation Army leaders asked whether Olivia might be interested in distributing her masks at their daily drive-through pantry. Olivia visited the corps and handed out 250 free facemasks along with the food being distributed. She has already donated several hundred masks to other area shelters and has applied to become a nonprofit organization called Olivia Dru Cares.

During a tour of the food hub in Lynn, MA, Massachusetts Governor Charlie Baker called The Salvation Army an “incredible partner” in the battle against COVID-19. He praised the Army and thanked volunteers who have been collaborating with the Massachusetts Emergency Management Agency and Baker’s Food Security Task Force during the pandemic.

Over 250,000 people were under fire evacuation orders and warnings in Northern California as three major fires raged around the San Francisco Bay Area. The Army provided life-sustaining resources to both first responders and evacuees impacted by the fires. Over August and September alone, five Army divisions provided about 125,000 meals as well as hydration units to first responders and evacuees, while providing shelter for those who lost their homes. The Army’s Napa Valley Culinary Training Academy, a four-week program which helps men and women who’ve overcome addiction and homelessness gain training to enter the culinary fields, prepared meals for firefighters, evacuees and families still struggling to make ends meet due to COVID-19.

Barb Miller, a retiree and program volunteer for the Army’s Mobile Backpack Program in the Western Division is one of many who hasn’t let the COVID-19 pandemic keep them from being an active part of community relief efforts. The program, which has distributed more than 306,000 meals since mid-March, provides meals and food at 18 locations around the Omaha metro region. Barb and her husband, Tom, have been volunteers with the division for the past 10 years.

With COVID-19 precautions, the Spokane County Fair and Expo Center let the Army host their annual Backpacks for Kids event as a drive-through in their parking lot. In collaboration with Cenex Zip Trip, the groups distributed 3,138 new backpacks—representing 1,277 families—with school supplies and face masks to local students and helped to raise over $31,000.

The Army is partnering with former NFL player and Super Bowl winning head coach Tony Dungy and his wife Lauren as honorary chairs of an ongoing funding campaign to build a 39,000-square-foot facility that will serve as a one-stop social services and residential facility for The Salvation Army in Tampa, FL. The venue, called the Red Shield Center, will operate in a campus-like setting with state-of-the-art amenities. 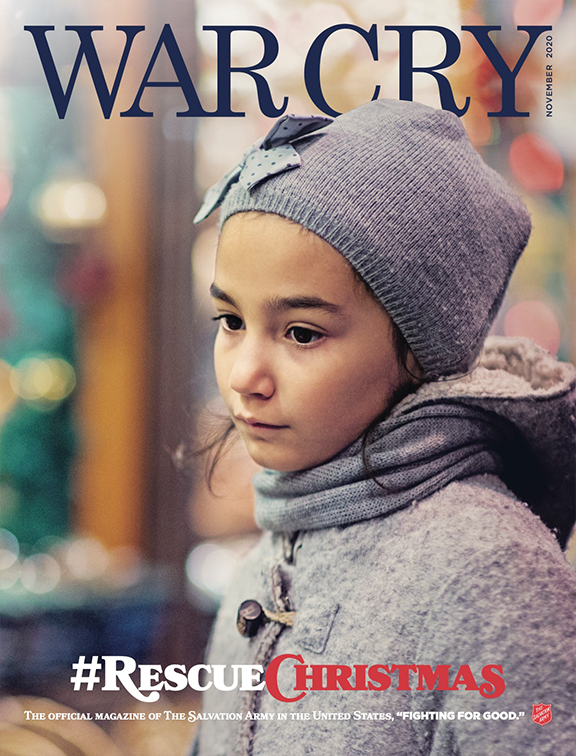