Haiti: A Decade of Remembrance

"They have a lot to be thankful for: they survived, they helped their fellow Haitians, they rebuilt and they rejoice knowing in the most basic of ways that God is with them through their trials." by Major Jason Swain
Share
PRINT

37 seconds. That was all it lasted, but the aftershocks continued to be felt a decade after a magnitude 7.0 earthquake hit the island nation of Haiti. Before the earthquake, Haiti was a struggling country. Although its neighboring country of the Dominican Republic was prosperous, Haiti’s unemployment rate hovered around 70%.

The Salvation Army immediately responded with emergency relief–something it has been doing in Haiti since 1950 when it commenced its Christian ministry. By 2012, the country was home to the largest Salvation Army in the Western Hemisphere, with more than 60 corps (churches), 11,000 students in 48 Salvation Army schools, clinics and children’s homes as well as many community development programs.

In 2010, nearly every Salvation Army building in Port-au-Prince and the surrounding area was damaged and some could never be used again. The nearly destroyed Port-au-Prince Central Corps saw its officers and soldiers worshiping in the courtyard on the Sunday after the earthquake. Though struggling with their own survival, the Salvationists of Haiti stopped to worship God and to preach about the love of Jesus. A large crowd of survivors also joined in the worship. The Central Hall would need to be torn down and rebuilt. For now, the Delmas campus would serve as a nerve center for disaster work.

By 2011, a total of $47.7 million was donated from around the world for the Army’s work in Haiti. Of this, more than $17 million was used during the emergency response, allowing the Army to provide food, water, shelter, medical care and other essentials. Government corruption was also at an all-time high, even as thousands of Haitians were still living in tents and hastily constructed shelters. The way forward was still uncertain, as government agencies put pressure on The Salvation Army. The remaining funds are committed to use in long-term community development and reconstruction projects.

As rubble was cleared away, families were rehoused and the response moved from emergency lifesaving efforts to recovery. The Army set up a Haiti Recovery and Development Office in September of 2011 to develop and implement recovery projects to build back “better.”

The first five years after the earthquake, the Army used additional resources in three primary areas:

Long-term housing reconstruction projects strategically located in the North, South and West of Haiti, are complemented by vocational training and income generation.

With the help of the USA Southern Territory, the Army’s Delmas campus was rebuilt. It took nearly six years, but the Delmas 2 campus now consists of all newly built structures: College Verena, with 1,200 students ranging from kindergarten to 12th grade; a medical clinic serving mainly women and children; a social services distribution center; and the Port-au-Prince Central Corps. The corps building was the center of attention on a special dedication day, being the final building to be completed, six years after the former structure was condemned as unsafe. It is said to be the largest Salvation Army corps in the Western world. The 900-plus soldiers, adherents and friends at one time met under canvas on the site, then moved to a temporary wooden structure as work began on the new facility. The Port-au-Prince Central Corps continues to grow as survivors became soldiers and families worship there together.

Ten years after the earthquake a housing crisis remains, with an estimated 50,000 to 150,000 people living in handmade shelters. In 2017, The United Nations reported that over 1.5 million Haitians are still in need of basic humanitarian aid. Hurricane Matthew in 2016 did not help as the storm damaged homes and forced those living in temporary shelters to abandon them for safety. An additional wave of cholera struck as the waters covered low-lying areas.

The government of Haiti has made progress in several areas since the earthquake: There has been a substantial growth in the economy and dozens of health centers have opened throughout the country. The country also saw a 20% spike in tourism in 2014. However, Haiti remains a poor and underdeveloped country. Its recent civil and governmental unrest has caused a decline in employment and a major decline in any tourist activity. As of 2017, the unemployment rate was between 50– 60%, which is better than it was ten years ago.

Through it all, the Army continues its mission of preaching the gospel and meeting human needs without discrimination. The Delmas campus continues to meet basic human needs on a daily basis. They see up to 1,500 people a day who need food or some form of medical attention.

On a typical Sunday morning at the Salvation Army corps (churches) in Haiti, soldiers and officers begin with a prayer meeting and often go out into the neighborhoods for an open-air meeting. Marching back to the corps, the regular worship meeting begins. Not all of the corps have full brass bands. Some only have a drum to beat or a timbrel to jingle, but at the head of the procession, the Salvation Army flag is carried with pride.

At the Central Corps, more than 900 attendees sing, dance and praise God for several hours before the Bible message. They have a lot to be thankful for:  they survived, they helped their fellow Haitians, they rebuilt and they rejoice knowing in the most basic of ways that God is with them through their trials. 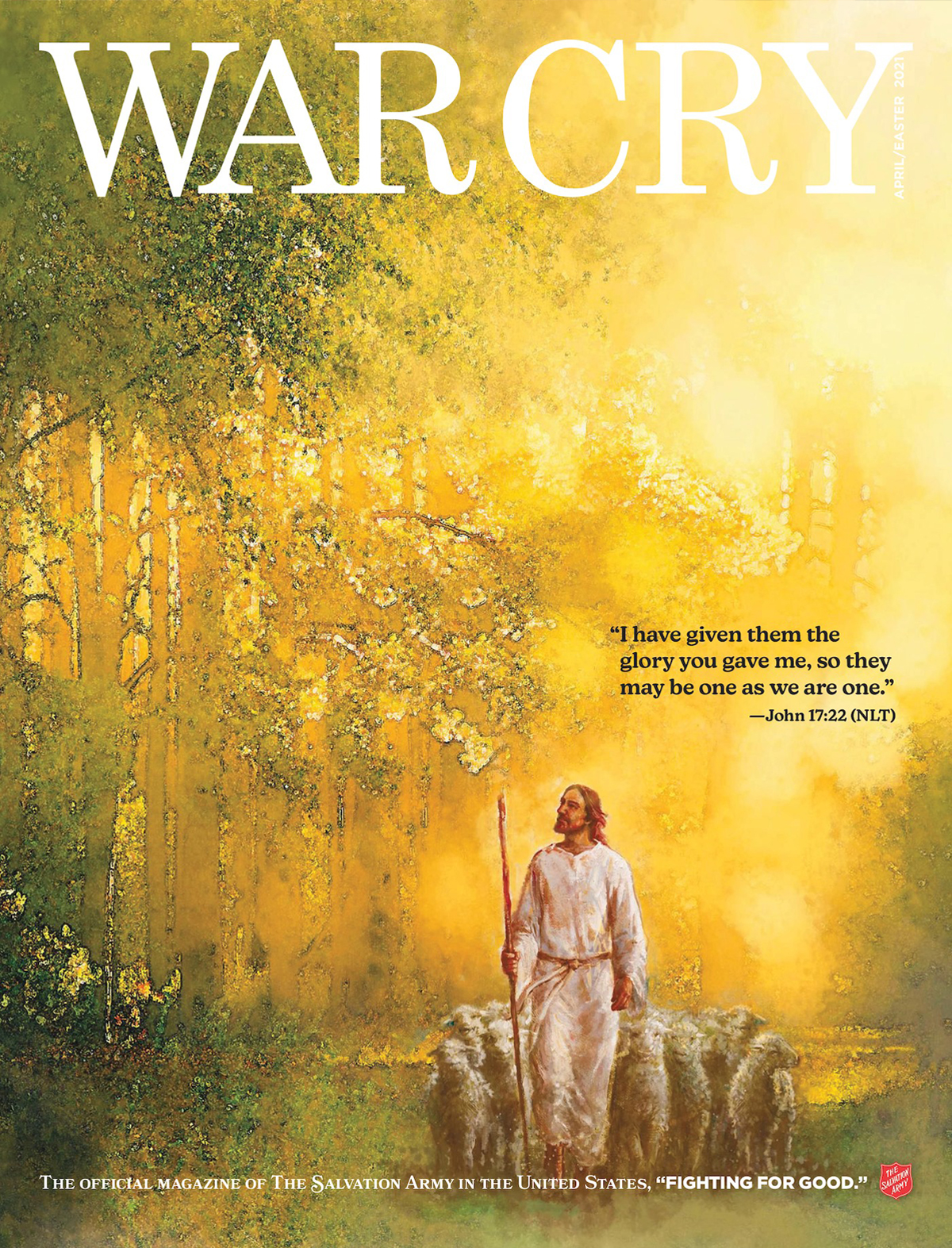